My Scariest Halloween
By: Cawood

One dark Halloween night, I had just finished trick or treating. My best friend Leeland came over for a sleepover. We were going to trade some candy and play some video games. Leeland was really good at video games, but he was also very brave. So the first thing he said was, “Let’s do the sleepover in your attic!” My attic was haunted so I was not so sure about that. So I mentioned the woods. “What about the woods? That’s pretty scary too.” He agreed so we packed up our needed supplies like a flashlight, some candy, some goldfish, water, soda, cards, and 2 iPhone 6s and headed off to the deep dark woods. As we walked deeper into the woods, it got darker and scarier, but I couldn’t let Leeland know I was getting scared. “Hey, this looks like a good spot to stop,” I mentioned. “No, let’s go deeper,” he said. We finally found a pretty deep spot so we started too setup. We played some games and traded cards. “I have to go to the bathroom,” I said. But when I came back, he was gone! The pain hit me like a bullet.

“I couldn’t believe Leeland was gone,” I said. It’s not like him to leave. He was a brave person. He would at least tell me he would leave. Maybe if I yell he’ll answer. “Leeland!” I yell. No reply. I do not want to stay here by myself. It’s getting really spooky already. I decided to look around even though I was scared. I looked behind spooky trees. I searched under large rocks. But I could not find him anywhere. Maybe I should just give up. There is no way I’ll stand a chance against all the spooky and scary things that come out at night. But right before I gave up, I remembered when in our football Superbowl he said “Never give up.” He made me not quit. We ended up winning the game because Leeland encouraged me not to quit. I couldn’t quit on him now. Crack…creek…smash…what were all those noises. It was probably a zombie eating Leeland. But, I have to be brave. I have to save Leeland. So I grabbed the nearest object which was a large stick. I yelled, “Get out of here zombie! You better bring back my friend! Now!” The noises were getting louder and closer. I yelled more and more. But the noises were getting louder and closer. Right when I could feel the zombie next to me, Leeland popped out of the shadows holding firewood. “Dude, why are you yelling so loud? Did you say zombie? Man, you really need layoff the Call of Duty games!” Leeland laughed.

“I can’t believe you thought I was a zombie!” Leeland teased. I was really embarrassed but not really. “Actually, that was pretty brave of you,” Leeland said. “You were actually going to save me from a zombie if one was there.” I learned that night that I was braver than I thought. I learned that when my friends are in trouble, I will help them. “Alright,” I said. “Enough of this mushy stuff. Let’s get the fire going before any real zombies so up!” That was one of my favorite camping trips even though no one got eaten by zombies. 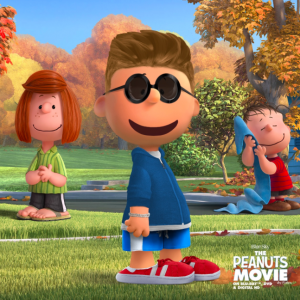 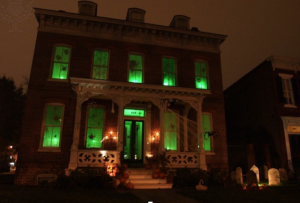 My Halloween was great. First, we started inside and played with a ball. Then, we started trick or treating, and started going house to house. I got so much candy. After that, I got the idea to ding dong ditch. It was a fun prank to play on many people. Last, we went home and enjoyed all the candy.

My fall memory was so fun. I hope I can back to his neighborhood soon, or Blake and his friends can come over to trick or treat and play. I hope to see you trick or treating next year.

Hello! My Name Is Cawood. I’m in 3rd Grade at Rocky Hill Elementary School. Make sure to check out my blog during the year! Bye!